“For if while we were enemies we were reconciled to God by the death of his Son, much more, now that we are reconciled, shall we be saved by his life.”

This week we all have been processing the murder of workers at the French satrical magazine Charlie Hebdo.  Islamic fundamentalists executed 12 people responsible for cartoons that mocked Mohammed.  This is a heinous crime, a cowardly terrorist attack, and those responsible will answer to God for their sin.

Charlie Hebdo has published its first issue since the attack, and the cover once again mocks Mohammed, depicting him holding a sign reading “Je suis Charlie” (I am Charlie)- the slogan millions have adopted in solidarity with the magazine.  Muslims are outraged, and have once again threatened the magazine.  Surely there is much to consider here regarding freedom of speech, Islam, and terrorism.

As I considered the Muslim response, I wondered: what if it had been Jesus?  It has been.  The magazine Charlie Hebdo has published shockingly offensive cartoons mocking Jesus and the Trinity.  Mohammed is not God.  It’s one thing to mock the founder of Islam.  It’s another thing to mock the Creator of the universe.  The fact is the editors of this magazine have regularly participated in open mockery of God.

So how should Christians respond?  Whatever we do, we should not bomb the magazine, or kill the people who work there.  Instead, in Romans 12, God calls us to a faith-filled response: “Bless those who persecute you; bless and do not curse them” (Romans 12:14), “Repay no one evil for evil, but give thought to do what is honorable in the sight of all” (Romans 12:17).  To me, the Muslim response to Charlie Hebdo clearly illustrates a key difference between Christianity and Islam: Jesus loves his enemies, Mohammed hates his.

How can we bless those who blaspheme the name of God?  How can we love those who hate our Savior?  By realizing this is the heart of gospel.  In the cross of Christ, Jesus loved his enemies.  “For if while we were enemies we were reconciled to God by the death of his Son, much more, now that we are reconciled, shall we be saved by his life” (Romans 5:10).  Every Christian was once an enemy of God, and Jesus redeemed us through his death instead of destroying us.

To love our enemies and those who hate God requires us to trust God by faith for justice.  He is the just judge.  He will deal with those who mock him, and his vengeance will be perfect.

In France, Charlie Hebdo enjoys freedom of speech.  They have a right to print sinful and offensive cartoons that mock God.  This does not make it right.  Those who murdered the civilians at Charlie Hebdo committed a repugnant act of sin.  They were offended by the magazine, but that does not make murder right.

Because of Charlie Hebdo’s vile mockery God, I cannot say “Je suis Charlie.”  I am most definitely not Charlie.  I mourn the tragedy of this terrorist attack.  I affirm their right to free speech.  I believe Isalmic fundamentalism is a threat to our peace and freedom.  I pray that the difference between Jesus and any other god or religion would become clearer as a result of these terrible events.  As a former enemy of God, I pray that he continues to redeem his enemies.  That is the Jesus I worship.  Je suis un Chrétien (I am a Christian). 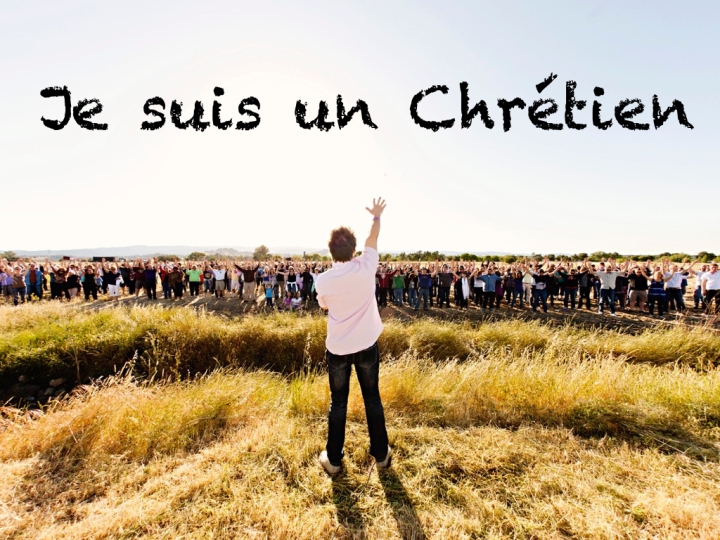 We had a glorious time with the Boys clan last week.
Celebrating our anniversary at a favorite spot
Today this amazing young woman is twelve years old. We praise God for everything that makes Kate Kate! #boysfam77
“Daddy someday can you install a fountain in my room?” #boysfam77
Happy Resurrection Sunday from my people!
2 Kings 8:28-9:37... bucket list passage? #ibexmasters
%d bloggers like this: